Trump, Oprah and the Art of Deflection 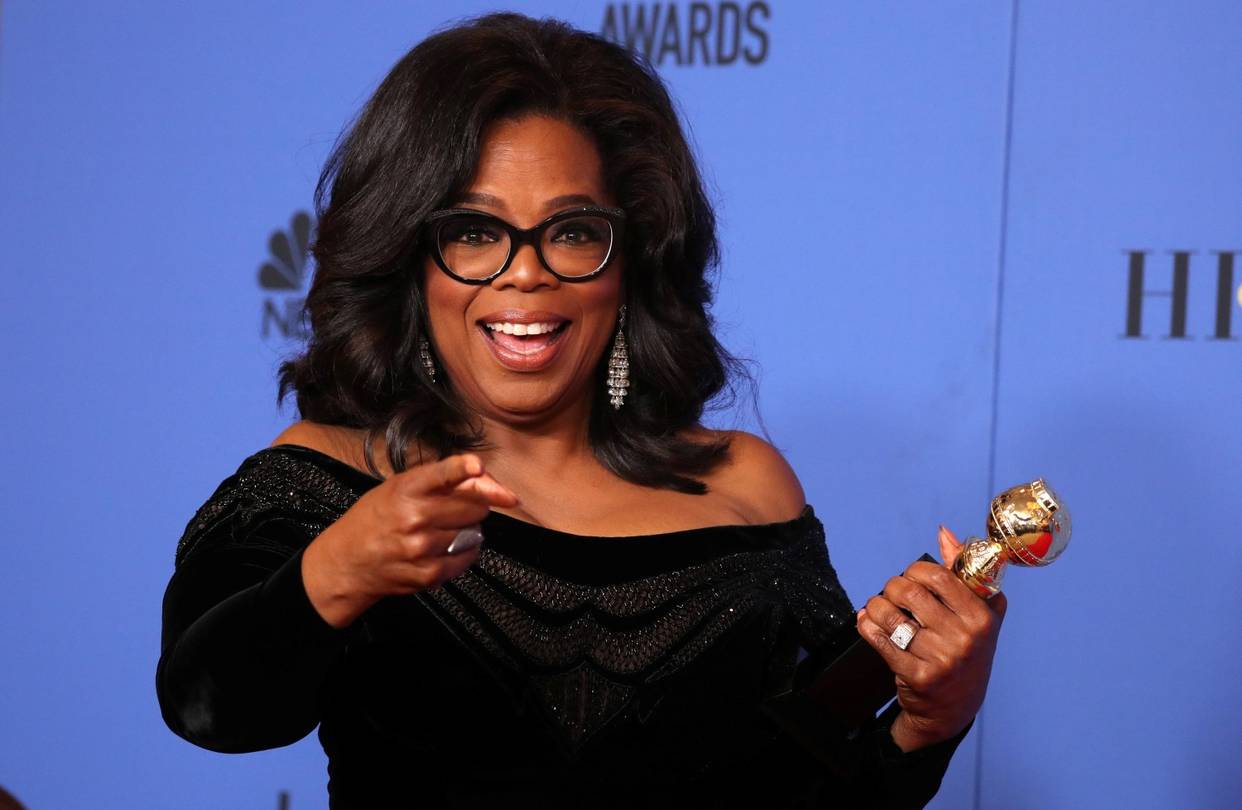 Deflection as a media strategy has become an art form. Its purpose is to avoid answering a charge by misdirecting it and confusing the issue. Itâ€™s often used during crisis.

There are classics of the genre. After Princess Diana died in August 1997, the British press came under severe pressure, accused of literally driving the poor half-mad woman to her death. The paparazzi had chased her like jackals, raced after her car in the tunnel, surrounded it, and taken pictures after the crash. Fleet Street hunkered down in confusion, perhaps even some guilt. Then some genius noticed Buckingham Palace wasnâ€™t flying a flag at half-staff. The tabloids rushed to front-page it: The cold Windsors, disrespecting Diana in death as they had in life. They shifted the focus of public ire. Suddenly there was no more talk of grubby hacks. Everyone was mad at the queen.

Another: In the run-up to the 2016 presidential election, Monica Lewinsky had a problem. Hillary Clinton was running, which meant the Monica story would be regularly resurrected. If she took a step wrong sheâ€™d be targeted by ferocious Clinton staffers. In any case sheâ€™d be hounded by the press: Monica, how do you feel now about being slimed as a stalker? Have you forgiven Hillary for calling you a â€œnarcissistic Looney Tuneâ€?

Ms. Lewinsky had gone into virtual hiding in 2008, when Hillary last ran, and didnâ€™t want to do it again. So in 2014, just before the cycle got serious, she rather brilliantly wrote a piece for Vanity Fair in which she announced yes, sheâ€™d been a victim in a national scandal and the true culprit wasÂ .Â .Â . the press, the internet and the â€œfeedback loop of defame and shame.â€

In fact she was the Clintonsâ€™ victim, but she successfully deflected your gaze. Once Mrs. Clintonâ€™s people understood Monica would be taking shots not at Hillary but at Matt Drudge, Ms. Lewinskyâ€™s problem went away.

The best deflection has some truth in it. The Windsors were a chilly lot, and the internet does amplify a personal humiliation.

I thought of all this last weekend as I watched the Golden Globes. Hollywood has known forever about abuse, harassment and rape within its ranks. All the true powers in the industryâ€”the agencies, the studiosâ€”have one way or another been complicit. And so, in the first awards show after the watershed revelations of 2017, they understood they would not be able to dodge the subject. They seized it and redirected it. They boldly declared themselves the heroes of the saga. They were the real leaders in the fight against sexual abuse. They dressed in black to show solidarity, they spoke truth to power.

They went so far, a viewer would be forgiven for thinking that they were not upset because they found out about Harvey Weinstein and Kevin Spacey, et al. They were upset, as Glenn Reynolds noted on Twitter , that you found out, and thought less of them. Anyway, they painted themselves as heroes of the struggle.

Deflection is brilliant, wicked, and tends to work.

When something works youâ€™ll be seeing more of it, in entertainment and politics. Keep your eyes sharp.

When Oprah Winfrey spoke, she brought the crowd to their feet, which gave rise to a new wave of speculation about whether she will run for president. I would be surprised if she did. She has what looks like a richly enjoyable life. Sheâ€™s never been brutalized in the way that national contenders are. If in the past few decades sheâ€™s been insulted to her face, or even rudely interrupted, it has gone unrecorded. But to run for president is to be insulted every day. I think sometimes of what Gov. Chris Christie said to debate moderator John Harwood in 2015: â€œEven in New Jersey, what youâ€™re doing is called rude.â€

But could she win? Absolutely.

Oprah is stable. Oprah is smart. Oprah is truly self-made. She has a moving personal story. She has dignity and, more important, sees the dignity in others. She is fully wired into modern media; she helped invent modern media. Reporters and editors are awed by her. People experience her not as radical but moderate. She has been a living-room presence for two generations and is enormously popular. The first poll, published Wednesday, had her leading President Trump 48% to 38%.

It would all depend on what she wants and, if she decides she wants it, whether she could accept what goes with it.

But it freaks you out, doesnâ€™t it? Not that American presidents now donâ€™t have to have the traditional credentials and governmental experience, but that maybe they canâ€™t be fully accomplished and appropriate because thatâ€™s boring. History has been turned on its head. In falling in love with celebrity and personality, we are acting not like a tough and grounded country but a frivolous, shallow one.

And yes, of course Donald Trump changed it all. When he walked through the door he blew out the jambs. He left a jagged opening big enough that anyone could walk through after him. He was like a cartoon character that bursts through a wall leaving a him-shaped hole. Last April I had a disagreement with a friend, a brilliant journalist who said when the Trump era is over, we will turn for safety to the old ways. We will return to normalcy. Suddenly weâ€™ll see the mystique of the solid two-term governor in the gray suit, the veteran senator with the bad haircut. After all the drama of Mr. Trump, normality will have a new charisma.

No I said, I see just the opposite. We will not go back for a long time, maybe ever. We are in the age of celebrity and the next one will and can be anythingâ€”Nobel laureate, movie star, professional wrestler, talk-show host, charismatic corporate executive.

The political class can bemoan thisâ€”the veteran journalists, the senators and governors, the administrators of the federal government. But this is a good time to remind ourselves that it was the failures of the political class that brought our circumstances about.

When at least half the country no longer trusts its political leaders, when people see the detached, cynical and uncaring refusal to handle such problems as illegal immigration, when those leaders commit a great nation to wars they blithely assume will be quickly won because weâ€™re good and theyâ€™re bad and weâ€™re the Jetsons and theyâ€™re the Flintstones, and while they were doing that they neglected to notice there was something hinky going on with the financial sector, something to do with mortgages, and then the courts decide to direct the culture, and the IRS abuses its power, and a bunch of nuns have to file a lawsuit because the government orders them to violate their conscienceÂ .Â .Â .

Why wouldnâ€™t people look elsewhere for leadership? Maybe the TV starâ€™s policies wonâ€™t always please you, but at least heâ€™ll distract and entertain you every day. The other ones didnâ€™t manage that!

The idea that a lot had to go wrong before we had a President Trump, and the celebrity who follows him, has gotten lost in time, as if someone wanted to bury it.

Sometimes I see a congressman or senator shrug and say, in explanation of something outlandish, â€œItâ€™s Trump.â€ And I think: Buddy, youâ€™ve been on the Hill 20 years, and we didnâ€™t get to this pass only because of him. Thatâ€™s a deflection.